Nahida, a sewing machine operator, stands with her daughter, holding sweaters made in Bangladesh for a western brand. GMB Akash/Panos/OxfamAUS.

As Australian retailers ramp up their back-to-school advertising with deals on cheap school uniforms, the workers making them are paid poverty wages and struggle to provide their own children with the basics, says Oxfam Australia.

Best & Less currently offers kids’ polos for as little as $2.75, while at Kmart you can pick up school shorts for $3.50.

“The women in Asia making clothes for these household name Australian brands are trapped in poverty by pittance wages, often left with no other choice but to live in slums, in some cases separated from their children, and struggling to provide the essentials for their families,” Kyriacou said.

According to a report released by Oxfam late last year, on average, just four per cent of the price of a piece of clothing sold in Australia goes towards workers’ wages in garment factories across Asia. In Bangladesh, this number is an average of just two per cent. 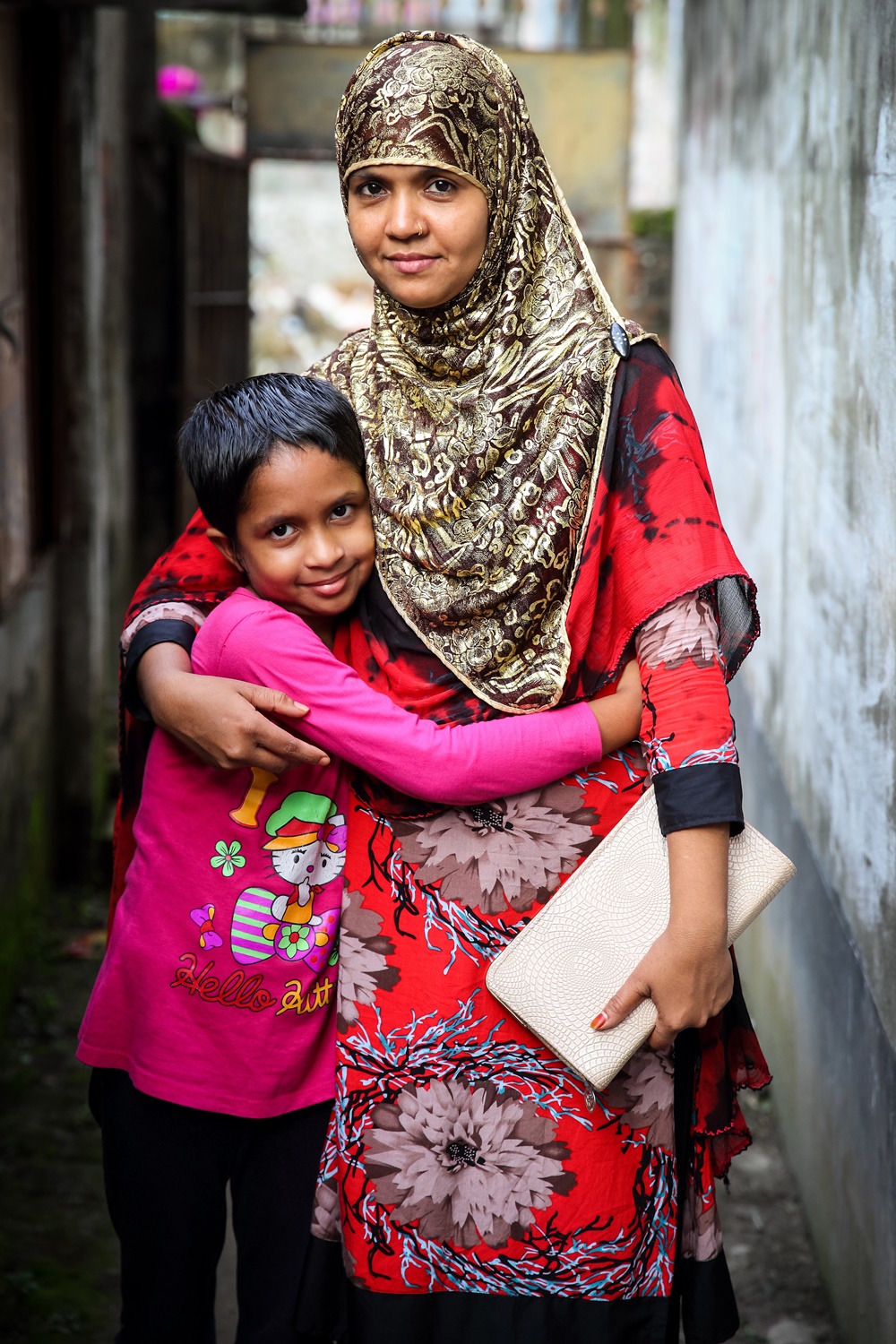 “This means that for a $5 school polo top made in Bangladesh, an average of just 10 cents is paid to the factory workers who made it.”

The report estimated that if the price of clothing was increased by just one per cent, brands could afford to pay a living wage.

“Oxfam believes with the profits being made by factory owners, wholesalers and retailers in the fashion industry, the cost of paying workers a living wage can realistically be absorbed in fashion supply chains,” said Kyriacou.

As part of its research, Oxfam Australia spoke to female factory workers in Bangladesh, who told stories of being forced to cut short their education to start work in the garment sector.

Women like 29-year-old machine operate Nahida, who works in a factory that supplies the Australian market and struggles to provide for her seven-year-old daughter. She left school at 13 to enter the garment industry and today works six days a week, earning as little as $115 a month.

While some retailers including Kmart, Target and Big W have taken the positive step of revealing where their clothes are made, Kyriacou called on consumers to hold brands accountable.

“We’re asking Australians to tell the brands they love that the time has come to also ensure living wages—so women like Nahida can live with basic dignity, lift themselves out of poverty and realise their hopes for their children.”