The end of financial year is a significant time for all employers. With one of the most complex workplace relations systems in the world, it is essential that Australian business owners and employers stay updated and compliant with the changes that come into effect on, or after 1 July.

It’s important to be across these changes sooner rather than later. Workplace compliance can be a minefield and it is essential to get the right advice to avoid paying employees too little or too much.

In particular, the retail industry is about to see some significant changes. Here are the principal changes:

There has been an increase to the national minimum wage. Each year, the Fair Work Commission (FWC) reviews the base pay rates with changes to be implemented on the first full pay period on or after 1 July.

This decision will have a significant impact on all businesses and industries and over 2.3 million employees who are paid at the national minimum wage or minimum Modern Award rates.

From the first full pay period commencing after 1 July 2017:

The Commission’s decision only confirms the basic increase in minimum rates while confirmation of the specific rates (including new allowance rates) for each individual Award have not yet been released. These will be released before 1 July 2017.

While there are different base rates for different job types under Awards, each of these stems from one core minimum wage which all businesses in Australia must abide by. Casual workers are covered by this national minimum wage, but they must also receive at least 25 per cent casual loading and penalty rates.

Some small business owners argue they cannot open on Sundays due to the high cost of wages for employees and therefore small margins—yet consumer demand is there for business to operate seven days a week.

Others have argued that high penalty rates reduce business profits and increases costs to government, reducing the demand for labour and productivity across the Australian economy. However, when we compare Australian penalty rates with comparative markets such as Canada, the UK and even New Zealand, we are already leading the way.

In response, the FWC has reduced public holiday penalty rates under the Retail Award; taking effect on 1 July. As for Sunday penalty rates, the reductions will be phased in through a series of annual adjustments on 1 July each year to coincide with any increases in Modern Award minimum wages arising from Annual Wage Review decisions.

The FWC delayed the introduction of the changes from March until 1 July 2017, meaning it will coincide with the reduction of public holiday penalty rates under the following Awards:

For many business owners operating with the Retail Award and other relevant Awards, the penalty rate changes are well received. Some of the obvious benefits are:

Where to from here?

Employers need to listen out for announcements and visit the Fair Work Commission and Fair Work Ombudsman websites for updates. 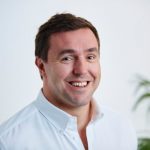 Ed Mallett is the managing director of Employsure, a specialist workplace relations consultancy based in Sydney. Cambridge-educated, he was a successful employment barrister (and professional rugby player) in the UK before moving to Australia in 2010 to establish Employsure. Ed writes and lectures extensively on employment relations issues.