Having good practices in place for cash handling is vital for retailers in order to reduce the risk of theft from staff and external sources.

You also need the right products to make protecting your profits as simple as possible. Recognising innovation was needed in this area, Australian business Harcor has introduced a new cash bag security seal to the market.

The innovation is called the Themis seal, which was named after the ancient Greek Titaness who was described as ‘of good counsel’ and is the personification of divine order, law and custom. To use the seal, you insert it into a bag’s security chamber. The bag is opened by breaking the seal, allowing the bag to be reused.

The  security seal is protected by a 20-year patent term and features ‘fracture safe’ breakout points. This means evidence will show if an attempt is made to remove the chamber from a bag. The chamber’s legs (the tamper indicator points) will breakout, which will be visible without opening the bag.

Harcor is the only company that offers patented security chambers with these breakout points. The updated design also includes ‘false lock protection’ and easy insertion, as well as other security modifications. 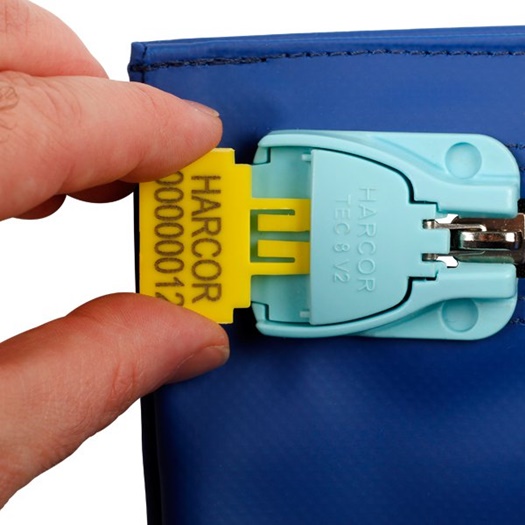 Products like Harcor’s innovative Themis seal provide a greater degree of security than using standard locks, as these can be opened and re-locked without a trace.

Harcor has been producing ‘tamper visible’ security products for nearly 50 years and the team knew that along with making your cash more secure, the new design needed to address two security seal issues that have become increasingly important: automation and legibility.

With more retailers using smart phone technology to automate their processes, Harcor added barcodes to its Themis seal. This means you can order off the shelf security seals with barcoding instead of placing custom orders.

The second focus was seal number legibility. “Harcor took a ‘go big or go home’ approach to the design of the new seals and ensured the flag would be large enough to print extra-large numbering or a barcode,” said Harcor national and international marketing manager David Melamed.

“Large numbering saves clients time when auditing numbers, as it can be done quickly without having to move closer to the seal for inspection. In dark environments such as warehouses, larger numbering will be a real time saver.”