Welcome to the first in a series of monthly columns from the National Retail Association’s CEO Dominique Lamb. Here she discusses a topic all retailers deal with—theft—and shares a new initiative that will help retailers report and share information about crime.

Hands up if you’re a retailer who’s never experienced any form of retail crime. Chances are there aren’t many of you.

The stats show that while major crime categories have been stable over the past few years, retail theft has continued to increase. It’s now estimated to account for somewhere between two and five per cent of the nation’s total sales.

There’s strong data to suggest the bulk of retail crime is at the hands of organised individuals and syndicates, so it’s clear that technology isn’t just changing the way retailers source, market and sell—it’s changing the way criminals do, too.

Whether it’s global operations where illicit goods are sourced from one country, trafficked across another, and marketed in a third, or opportunistic, petty theft by local teens, either way, it hurts your business, endangers staff, affects customers and erodes profitability. 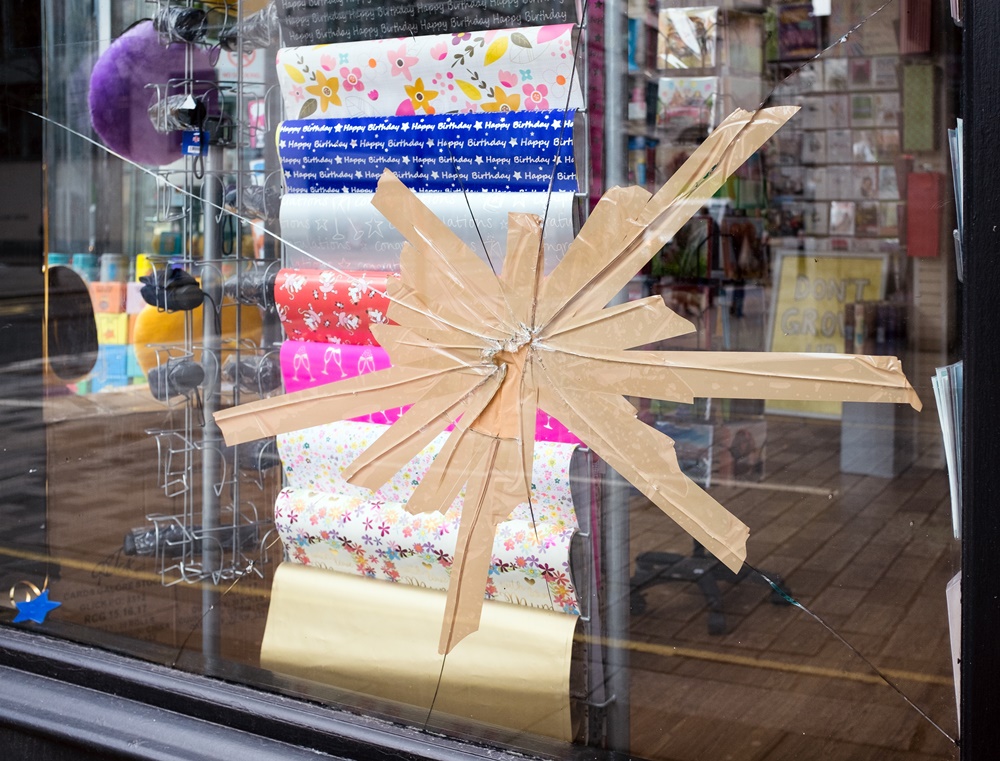 Most retailers have experienced some form of crime.

Given how difficult, time-consuming and resource-chewing it is to even report these crimes, we understand why most retailers tell us they don’t bother reporting a great deal of what goes on already.

Recently we surveyed 200 retailers in the Brisbane CBD and found, of the businesses that estimated they lost between one and 10 items every month, 80 per cent reported less than one item a month to police, with most indicating they didn’t report at all.

Imagine then that the same criminal who got away with hundreds, or at times thousands, of dollars’ worth of stock from you, did the same thing to five other retailers in your area, but none of you were aware of the others—and none of you reported the crime.

Multiply this level of under-reporting across the nation, and it’s clear we have a serious problem. And we’re only referring to shoplifting.

With all this talk of advancing technology, we think it’s time retailers were given a few new tech tools to start fighting back.

We’re about to launch a 12-month trial of a new NRA initiative, called the NRA SafeCity Network.

The trial is supported by Brisbane City Council and received funding from the Federal Government as part of the Safer Communities initiative.

While the 12-month trial will only cover retail precincts in the Brisbane CBD and Fortitude Valley for the time being, what it will do is establish and test an entirely new method for retailers to report and share information about crime with each other—something they’ve not really had the capacity to do, before now.

Those in the trial area who join the NRA SafeCity Network will be contributing to a pool of information on retail crime via multiple channels including a sophisticated crime-reporting software called Auror, a dedicated Retail Crime Hotline with Crime Stoppers, and monthly meetings.

The pool of information will be shared within the Network via crime alerts and bulletins in order to help retailers become more aware of crime around them; to potentially identify known offenders on entry; and to take steps to better protect themselves.

It’s also a pool of information that could give law enforcement agencies a much greater snapshot of the actual crimes afoot, and far more dots to connect in the overall picture.

Even prior to launch we’re amassing valuable information on crime trends that would rarely be reported.

For example, quite a few pharmacies and grocery stores have told us about a recent increase in Rexona deodorant theft, something many would never bother to report.

But on closer inspection, this theft offers a unique insight into a recent destructive social trend that local police and Crime Stoppers are witnessing called ‘Rexxing’, where the spray is used to get a high. If we were able to share this information easily, we could reduce the chance of the product being stolen in the first place.

If we’re able to run a successful trial in Brisbane, we’d like to take it much further, to help retailers nationwide.

If you’d like more information on the NRA SafeCity Network trial, please make contact with us via www.nra.net.au/safecity.

We’d also like to hear from you on what’s working, and what’s not, in your area, so we can continue exploring ways we can all work together to turn the tide on retail crime.

Dominique Lamb is the CEO of the National Retail Association.

Get the latest on the art and science of retailing delivered straight to your inbox. Sign up to the weekly retailbiz newsletter.