Right in the heart of West Berlin, next to the city zoo and opposite the Waldorf Astoria hotel, is the heritage-listed retail and business hub Bikini Berlin.

Built in 1957, the ‘Zentrum am Zoo’ (Centre at the Zoo) complex was financed by the American Marshall Plan, which was designed to bolster Western Europe after World War Two.

The complex was transformed by Munich-based real estate group Bayerische Hausbau in 2014, and Bikini Berlin was born. It now offers a unique combination of retail, food, office space, a cinema and a hotel.

The centrepiece of the complex is the 200 metre long Bikinihaus (Bikini House). The six-storey building gets its name from its unique architecture, which reminded Berliners of the revolutionary fashion making headlines at the time of its opening—the bikini—as an open-sided storey framed by columns on the second floor once separated the building into one upper and one lower area. It was soon christened ‘Bikinihaus’ and the name stuck once it became Berlin’s textile centre with the arrival of the women’s clothing association. 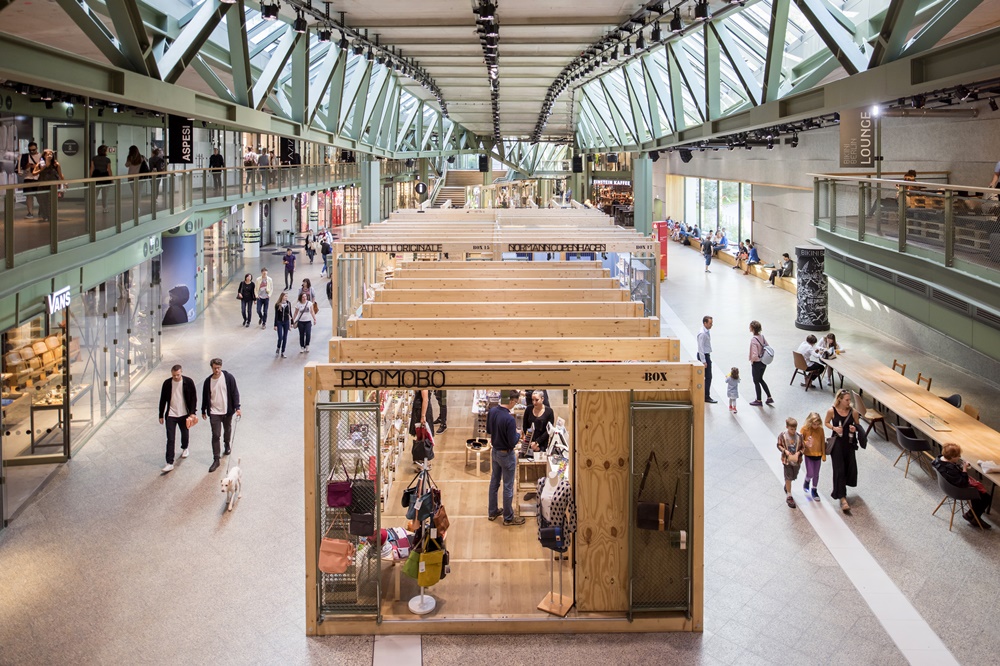 Today, the three lower floors of Bikinihaus have been transformed into a concept shopping mall, which is described by the developers as “a compilation of carefully curated and coordinated boutiques and gastro offers”. The centre has been completely renovated and now has an industrial vibe with exposed steel, a concrete ceiling and flooring made from polished Berlin paving stones. 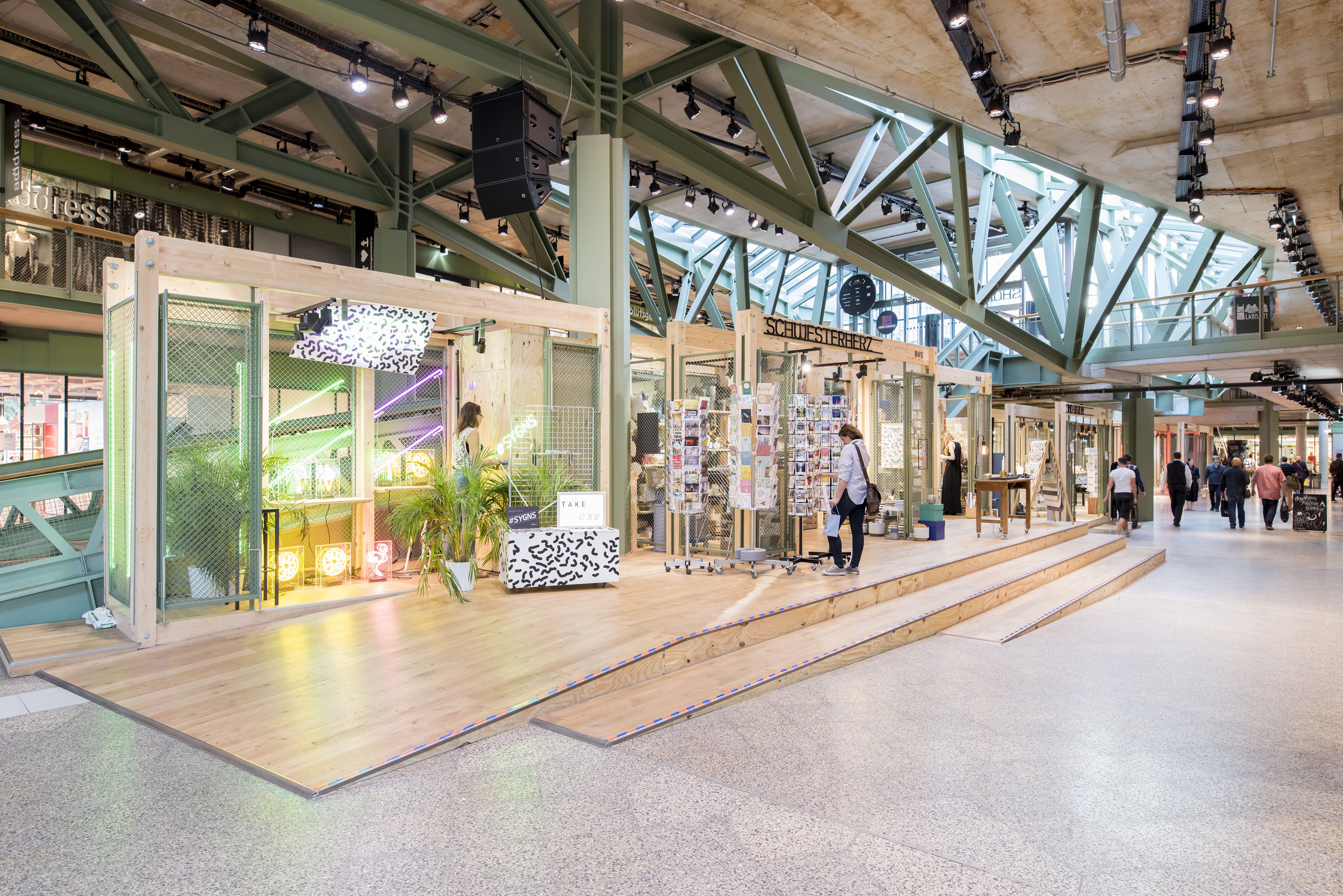 “The modular pop-up boxes, which can be rented temporarily, [give] well-known brands the opportunity to launch a new product and also make it
easier for aspiring young designers to present their creations to the public for the first time,” the centre’s website explains.

There are also more traditional retail spaces, and retailers including makeup brand MAC, outdoor specialist The North Face and footwear brand Vans have all taken up residence. In total, there is about 51,100 square metres of space given to retail and food in the centre.

It’s not all about shopping

Bikinihaus offers more than just retail. Office space takes up the remaining floors, and a rooftop garden based on New York’s High Line has been added. While on the terrace shoppers can take in a panoramic view of the zoo’s monkey enclosure, grab a coffee and browse in one of the ‘Shopping Garden’ stores. 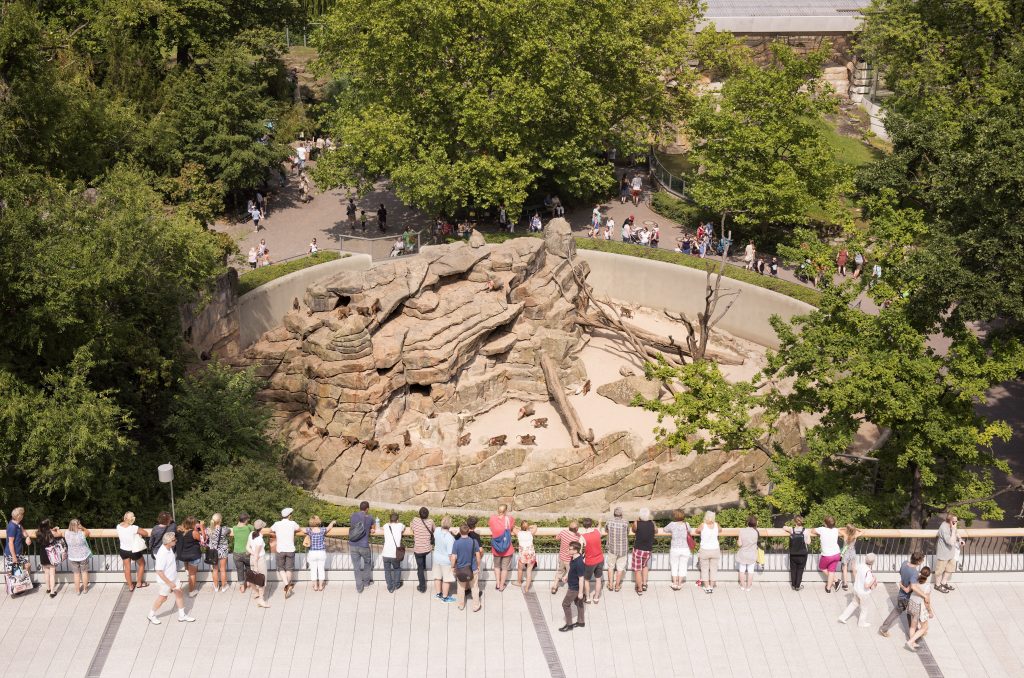 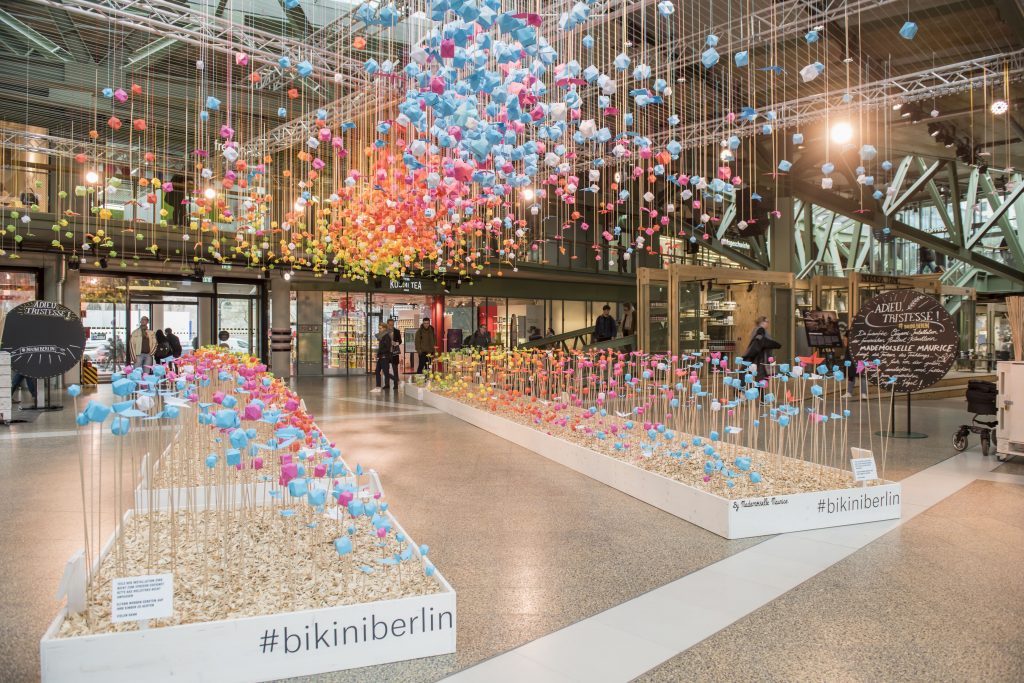 Art is also an important feature of the centre. Bikini Berlin often hosts art installations and exhibitions, including the most recent installation by French visual artist Mademoiselle Maurice. The ‘When the sky meets the earth!’ exhibition includes 5,7000 pieces of origami suspended from the ceiling and coming up from the floor. Shoppers are encouraged to interact with the installation by crafting their own origami birds to add to the artwork.