South Australian sushi lovers will be celebrating the news that Australia’s largest sushi franchise, Sushi Sushi, has arrived in the southern state.

“The alignment with a prominent healthcare facility helps to reinforce our position as a high quality, healthy and fresh convenience food,” he said.

“Unfortunately, there are many on-the-go foods—including other sushi providers—that are far from healthy and fall short on freshness and quality, and we are committed to filling that gap. 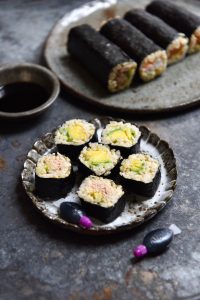 “We also wanted our first Adelaide store to have true meaning and a real sense of community, so the partnership with New Royal Adelaide Hospital was a natural fit.”

Sushi Sushi’s second SA store will open in Adelaide’s City Cross Arcade this month with plans to open up to 12 restaurants throughout the state in the next two to three years.

According to the business, this will bring both franchise and employment opportunities to the Adelaide market.

“Our South Australian focus is simply a response to consumer demand as we know local residents have developed an increasing appetite for high quality, yet convenient Japanese cuisine,” said Meadows.

“We’re also thrilled to create exciting opportunities for new franchise partners to join our growing network in Adelaide, and up to 150 new jobs for the local market over the next three years.”

The move down south follows a year of growth for Sushi Sushi, with new store openings across the country.

The company started in 1998 and now has over 120 locations across Australia in the ACT, Queensland, Victoria, Western Australia, the Northern Territory and Tasmania.